This study was conducted to evaluate the addition of three levels of cinnamon (Cinnamomum sp), 96 common carp Cyprinus carpio L. at a mean weight of 5±0.15 g/fish on four experimental diets with three replicates per treatment 0% with three experimental diets containing 0.75%, 1%, and 1.5% of the total diet 2, 3 and 4 respectively. The results of the statistical analysis showed significant differences in the parameters of the total weight increase, daily growth rate, relative growth rate, protein intake, feed conversion ratio and protein productive value between the control diet and the fish feeding on the fourth diet, meanwhile there were no a significant difference in final weight, food intake, protein efficiency ratio criteria. Chemical body analysis revered there were no a significant difference for dry weight, crude protein and ash, while cinnamon powder added have a significantly differences in body fat deposited. Based on the above results, 1.5% cinnamon can be added can improve the growth performance and nutritional value of common carp fish.

The goal of this study was to modify three steps method for measuring protection rate of amino acids which has smaller size than nylon bag pores. To prepare the protected amino acids by the Schiff base method, each of the essential amino acids (methionine and lysine) in the aqueous solvent were brought to isoelectric pH and then reacted with the same molar ratio of aldehydes the reaction was refluxed for 30 minutes to 6 days (depending on the type of aldehyde used). The three-step in vitro method was used to estimate rumen insoluble protein in the rumen. In the manufacture of protected amino acid ligands, compounds with methionine amino acid had higher efficiency than lysine compounds and also glutaraldehyde ligands showed higher production efficiency compared to benzaldehydes. The glutaraldehyde lysine ligand showed the lowest release after 2 h of incubation in the rumen medium. At time 4 the methionine benzaldehyde ligand had the lowest release. Benzaldehyde had the lowest release at time 6 and 8. According to the results of this table, Lysine benzaldehyde had better resistance to different phases and methionine benzaldehyde had the lowest release rate compared to the other ligands. Based on this study, it can be concluded that the use of chemical methods to protect amino acids can be applied. 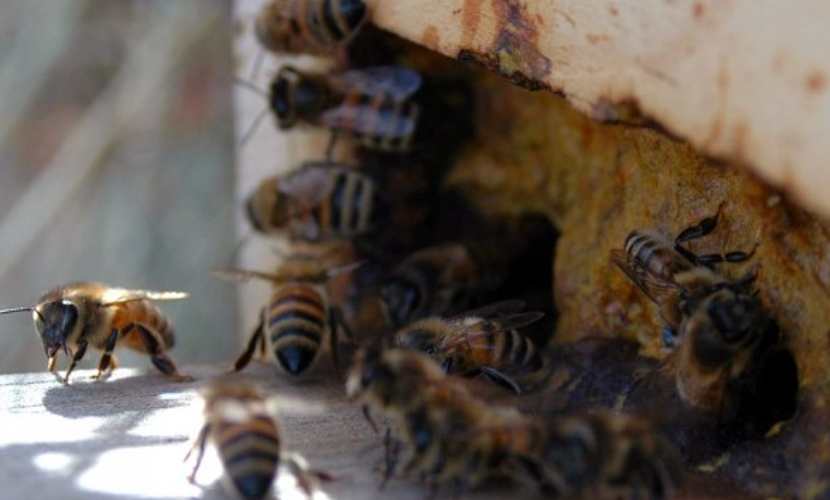 This study was conducted on 32 of local Awassi ewes, average body weight 36.06±0.74 kg (aged 2-3 years, ewes were divided into two treatments. The first treatment (T1) the control contained 8 ewes fed on ration consist of barley, wheat bran, urea and wheat straw without supplement and the second (T2) was contained 24 ewes and fed on the same ration of control supplemented with protected amino acids (methionine 2.5 g and lysine 2.5 g) per ewe daily, the ewes were fed with restricted quantity 1 kg / ewe divided twice daily through the flushing and mating period which lasted 60 days, also all ewes was grazed for 6hr daily. Results was referred that protected amino acid supplement in T2 led to a significant (p<0.01) improvement in conception percentage 91.6%, prolificacy percentage 87.5% and lambing percentage 100% compared to T1 62.5%, 62.5% and 75% respectively, where is the differences was not significant in other traits. Blood parameters was showed significant (p<0.05) increase in glucose 67.91±2.06 mg/dl as compared to T1 59.25±1.72mg/dL, triglyceride was decreased significantly (p<0.05) in T2 42.66±0.96 mg/dl compared to T1 47.37±1.38 mg/dl. Concentration of AST enzyme was decreased (p<0.05) in T2 110.66±7.58 IU/l, while increased (p<0.05) ALT enzyme concentration 38.08±2.48 IU/l as compared to T1 which were 162.12±4.79 and 21.87±0.71IU/l respectively. In conclusion, Awassi ewes supplementation with protected methionine and lysine through flushing period enhance reproductive performance out of reproduction season.

Analyses of mycotoxins in broiler’s local and imported feeds

A total of twenty-four healthy ewes aged between 2-3 years old and weighed about 35.09 kg of body weight were divided randomly into four groups (6 animals for each group). The first group included the non-treated control group, while the other three groups were subjected to various oral doses of melatonin 9 mg, 12 mg and 15 mg/head, respectively. All treatments were applied at 6 o'clock in the morning, to investigate the effect of treatment with melatonin during breeding season on reproductive performance and levels of some biochemical parameters in Arabi ewes from 1 May to 1 October 2017. Blood samples 7ml were collected after one hour of treatment and then monthly during the pregnancy months to determine the concentrations of biochemical parameters. After Postpartum, lambed ewes/lambs number, birth weight, placenta empty weight and cotyledon number were recorded. The results showed significant (P<0.05) improvement in reproductive performance (fertility percentage, twinning rate and the number of offspring) when ewes administrated melatonin at two doses (12 and 15 mg/ head). Also, melatonin administration caused significant (P<0.05) decrease in the concentrations of thyroxin, cortisol, and cholesterol. Conversely, there was a significant increase (P<0.05) in glucose concentration after 1 hour of treatment. The concentrations of thyroxin, cortisol, cholesterol, and vitamin C increased significantly (P<0.01) in early-gestation compared with mid and late-gestation, while the concentrations progesterone and glucose increased significantly (P<0.05) in mid-gestation compared with early and late-gestation. In conclusion, melatonin administration at doses 12 and 15 mg/ head improves ewe reproductive performance (fertility percentage, twinning rate and the number of born lambs). Additionally, the gestation stage has a negative effect on the concentrations of thyroxin, cholesterol and vitamin C.

The current study was aimed to investigate the influence of Vitamin A- Palmitate injection and grazing on some physiological and biochemical characters, milk yield and its compositions. Twenty eight Meriz does (2 years aged) after parturition with average body weight 22.57 ± 0.47 Kg, and were randomly assigned into 4 groups (7 does/group) treated for 3 months as following: 1st group does were reared on standard ration and injected with 0.05 ml of physiological saline i.m weekly, 2nd and 4th groups, does were reared on standard ration and injected with vitamin A- Palmitate (50000 IU/doe weekly) as well as grazing for 6 hrs. daily for the does in 4th group, 3rd group does were reared on standard ration with 6hrs grazing /daily. Results showed a significant increase in Hb and PCV in 4th group at 1st, 2nd and 3rd month of treatment. ESR significantly increased in 4th group at 3rd month of treatment, also serum glucose level increased significantly in 2nd and 4th groups at all months of the study, while serum cholesterol level decreased significantly in 4th group at 2nd and 3rd months of treatment. Triglyceride increased at 3rd month in all treatments as compared with control, total protein and albumin increased significantly in 2nd, 3rd and 4th groups at 2nd and 3rd months of treatment. A significant increase in milk yield and fat% were recorded in 2nd, 3rd and 4th treatments in most kidding weeks. Conclusion, results showed that vitamin A and grazing improved some of physiological, biochemical, body weight and milk yield in Meriz goats.