Acute and sub-acute toxicity effects of lambda-cyhalothrin in chicks

A Lambda-cyhalothrin (LTC) is classified as a synthetic type II pyrethroids, available in the local market, used to eliminate insects, which is widely used for spraying homes. This study aims to reveal the acute and subacute toxic effects of LTC in chicks as a biological model. The acute (LD50) by up and down method recorded through 24 hrs. The signs and toxicity scores were estimated, the sub-acute toxicity effects of LTC in the open-field activity and tonic immobility test, body-weight and histopathological effects were recorded. The oral LTC LD50 in chicks was 228.5 mg/kg. Oral administration of LTC at doses 57.12, 114.25, and 171.36 mg/kg, which represented 25%, 50%, and 75% of LD50 respectively, caused signs of toxicity such asdepression with wing dropping, feathered by closed eyelids, gasping, and recumbency. LTC causes a significant decrease in chick’s weight, locomotor activity in the open field activity represented by increase latency to move, and decrease the number of lines crossed. The liver and brain show histopathological changes such as congestion, focal infiltration of mononuclear cells, hemorrhage, coagulative necrosis, and vasogenic edema. In the brain, the lesion was represented by shrunken in purkinji, demyelination of axon and hyper atrophy of astrocyte, the lesion was more severe in both organs when exposed to a high concentration and for longer periods. Our results demonstrated that LCT has a moderate toxicity in chicks, and causes behavioral and histological toxic effects, especially with sub-acute toxicity. Therefore, we do not recommend using it, and restricted application in homes and agriculture.

Effect of boric acid on sodium fluoride toxicity in chicks

The aim of this study to explore the therapeutic effect of boric acid on the neurobehavioral (motor activity) level, and histopathologic changes in the brain, liver and kidneys against fluorosis. In this study rose chicks have been used and determined medium lethal sodium fluoride dose at 346.5 mg/kg orally. The chicks divided into four random groups each one consists of 10 chicks. The first group considered to be a control group, the second received 20 mg/kg of sodium fluoride, the third group received 10 mg/kg of boric acid and the fourth received 20 mg/kg of sodium fluoride and boric acid at the same previous dosages. After two weeks of daily treatment, neurobehavioral measures were taken, the use of boric acid has a major effect to improve the neurobehavioral measurement and develop complications of ALT, AST, creatinine, Ca, MDA. The results indicate that boric acid may be a therapeutic agent against the fluoride toxicity of the brain, liver and kidney. This result support by histopathological changes which represented by inflammation, congestion of portal vein and dilation of sinusoids in the liver and vacuolation, vasogenic edema and gliosis in the brain and Kidney of showed segmentation of glomeruli, dilation of Bowman’s space, necrosis of epithelial cells renal tubules and hemorrhage of NaF group, while the liver of the NaF with boric acid group showed an improvement the results of histopathological examination of the liver, brain and kidneys compared to the NaF group alone. The results revealed that boric acid has a preventing effects against fluoride after two weeks of treatment with boric acid.

Pathological and biological effects of treatments with lambda-cyhalothrin in rabbits

Lambda-cyhalothrin (LCT) is a type II pyrethroid insecticide, which is widely used to control a large variety of agricultural pests throughout the world as well as in Algeria. The aim of this study was to investigate the effects of LCT exposure on body weight, hematological and blood biochemical parameters and to evaluate histopathological changes in some organs. Twelve (12) healthy local rabbits with a mean body weight of 1.8 kg were divided into three groups of four each: First group was kept as control (CTRL), second group (LCT 10) and third group (LCT 20) were given oral LCT at 10 and 20 mg/kg b.w, respectively three times a week for 25 days. The results showed no significant difference in mean body weight between groups. Blood analysis revealed no significant variation in hemogram between LCT-treated groups and control group. Serum biochemical analysis revealed a significant increase (P˂0.05) in total cholesterol content and glucose in LCT10 and LCT20, respectively. Total protein increased significantly (P˂0.0001) in LCT 20 group. While a very high increase (P˂0.0001) in the activity of asparatate aminotranferase (AST) was recorded in both treated groups, no change was observed in the activity of alanine aminotransferase (ALT). LCT treatment exhibited severe histopathological changes in liver, kidney, lung and brain. It is concluded from the study that LCT produced serious toxic pathological alterations and metabolic dysfunctions in rabbits.

In the present research, mosquito fish Gambusia affinis have been exposed to lead chloride during 24, 48, 72 and 96 hours in order to evaluate the lead chloride lethal 50 (LC50) concentration and the Its residue in certain organs of fish. Usage of the EPA computer software based on Finney Probit Analysis method has been statistically tested for the data collected LC50 values of G. affinis if 24, 48, 72 and 96 hours were found to be 59.4, 55.9, 51.1 and 49. 0 mg/L, respectively. LC50 decreased as mean exposure times. 20 fish were placed in each concentration of four sublethal concentrations 20 and 25 mg/L for two acute periods 24 and 96 hours as well as 10 and 5 mg/l for chronic periods 15 and 30 hours. The testes were carried out as three replications, the accumulation of lead in various fish organs was determined by Atomic Absorption Spectrophotometer. The finding revealed that the accumulation of PbCl2 on different organs of G. affinis be time dependent fashion and Pb-content in organs increased significantly time dependent at chronic exposure as compared as acute- exposure.

Evaluation of the heavy metal content in the muscle tissue of common carp (Cyprinus carpio L.) reared in groundwater in Basrah province, Iraq

The concentration of heavy metals (Cu, Zn, Cr, Ni, Hg, Pb, and Cd) in the muscles of common carp (Cyprinus carpio) reared in groundwater in Khor Al-Zubair, Basrah province (in the south of Iraq) were assessed using X-ray fluorescence (XRF) spectroscopy. XRF is a powerful technique for element analysis in different environmental samples with many advantages compared with conventional laboratory methods. The mean concentration of the studied metals in the edible parts of the fish (Cr= 11.42, Ni= 2.75, Hg=1.53, Pb= 1.93, and Cd=4.42 mg/ kg dry weight) exceeded the recommended maximum acceptable levels proposed by the Food and Agriculture Organization (FAO)/World Health Organization (WHO), The commission of the European Communities (EC), and Food and Drug Administration (FDA). The results suggest that the tested fish muscle tissue was not safe for human consumption and that the groundwater in the Khor al-Zubair area is possibly contaminated with heavy metals, mainly owing to industrial activity.

This study aimed to evaluate the aqueous extract of Quercus infectoria galls extract (QIGE) as anticlastogenic. The effect of QIGE was tested in mice (5 groups for each test) treated with 7, 12-dimethylbenz (a) anthracene (DMBA), the strong site-specific carcinogenic agent. In this study, the QIGE show no signs of toxicity, a single dose of DMBA (50 mg/kg) was injected intraperitoneally to Swiss albino mice caused a great increase in number of chromosomal aberrations, micronucleated polychromatic erythrocytes (MnPCEs) and reduction in the percentage of mitotic index (MI) (cytogenetic markers). Oral pre-treatment and post-treatment of QIGE for 14 days at dose 2 gm/kg b.w. daily to DMBA-treated animals greatly reduced in number of micronucleus formation, chromosomal abnormalities such as chromosomal break, chromatid breaks, ring chromosome, dicentric chromosome and fragments. Besides, mitotic index frequency increased comparing with the positive control. The data suggest that QIGE has potent anti-clastogenic effect against DMBA-induced genotoxicity in bone marrow cells of albino male mice and it may have a protective effect against the mutagenicity of the polynuclear aromatic hydrocarbons (PAH). 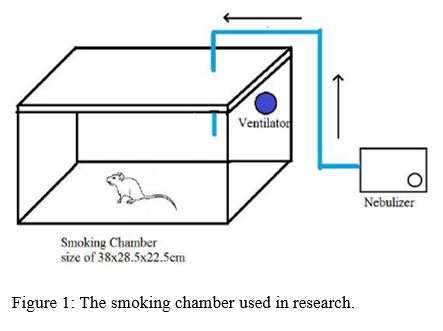