A survey of chewing lice of some raptors in southern Iraq, with remarks on prevalence and occurrence

This study was conducted to isolate and identify the chewing lice from some raptors in Basrah, Thi-Qar, and Missan provinces located in south of Iraq. Samples of birds were collected from January to December 2018. The survey was accomplished with a total of 87 raptors belonging to five species, sparrow hawk Accipiter nisus, marsh harrier Circus aeruginosus, lesser kestrel Falco naumani, kestrel Falco tinnuculus, and black kite Milvus migrans. Totally 58 of 87 birds were infested with chewing lice, the overall prevalence was 66.67%. Five chewing lice species were identified: Craspedorrhynchus platystomus, Degeeriella fulva, Degeeriella fusca, Degeeriella rufa, and Laemobothrion maximum. All these specieswere identified in Iraq for the first time. D. rufa was recorded the highest prevalence in all raptors with 28.74%, whereas C. platystomus was the lowest 10.34%. As for the prevalence of bird’s species, the highest percentage was recorded in kestrels and black kite with 71.43%, while sparrow hawk was the lowest 53.85%. Some notes about ecology and occurrence of the chewing lice were reported. 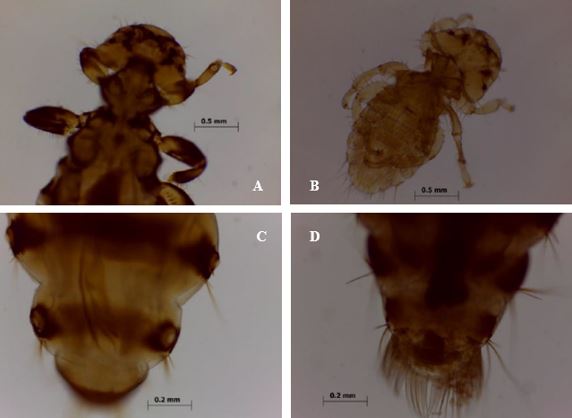