Survey and diagnostic study of Eimeria truncata in geese and ducks

This trial was aimed to determine the prevalence of renal coccidiosis in domestic geese and ducks in Nineveh governorate, Iraq. One hundred and thirty birds of both sexes and different ages were randomly purchased from many localities of Nineveh governorate during the period between 2017and 2018. According to geese and ducks' age, the overall infection was 70.00% and 51.66%, respectively, 74.35% for geese and 53.19% for ducks Eimeria truncata in geese showed that 49 (70 %) were positive, while 31(51.66%) were positive for ducks. Cloacal fecal samples for Eimeria truncata oocytes' were tested by flotation technique revealed that 22.85% were positive for geese and 16.66% for ducks. The dimensions of Eimeria truncata development stages (schizonts, macrogametes, microgametes, and oocytes) were measured. The histological sections of the infected geese and ducks' kidneys showed the different developmental stages of the Eimeria truncata parasite with various pathological changes.

Study on the blood protozoa in geese 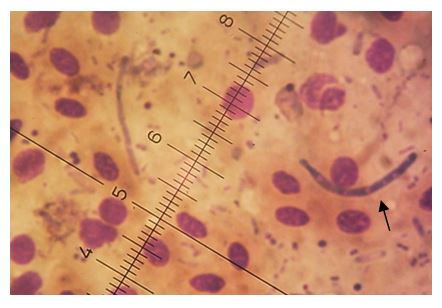 This study included the investigation of blood parasites in 150 geese. The results showed a high infection rate of 70.7%. The infection rate in the geese with small ages was higher compared to the large ages with 84.2 and 47.3% respectively, with no significant difference in infection rate between males and females. The highest infection rate of the parasite is Aegyptianella sp. 26.4% followed by Haemoproteus sp., Plasmodium sp., Leucocytozoon sp. and Trypanosoma sp. with infection rates of 19.8, 18.9, 14.2 and 2.8% respectively, as well as micro larvae of Microfilariae sp. with an infection rate of 17.9%, the two-type infection was the highest, with 45.3%. Microscopic examination of stained blood samples during laboratory experiments showed microscopic developments of the ookinete, which appeared within five hours after blood exposed to air and the ookinete measurement rate was 19.5 × 2 microns.