Toxoplasmosis is an important worldwide foodborne zoonotic disease. Infected cattle meats is considered a serous cause of human toxoplasmosis. Here, this study assesses the infection with Toxoplasma gonddi (T. gondii) in cattle using meat juice samples from diaphragmatic muscles collected at the slaughter. An in house indirect enzyme linked immunosorbent assay (ELISA), and commercial latex agglutination test (LAT) followed by immunoblotting were developed on the meat juice (fluids) using tachyzoites of locally isolated T. gondii strain. The comparative analysis of the results of the tested juice samples showed an excellent agreement between the in-house indirect ELISA and LAT test in the positive and negative of meat juice. Relative sensitivity was higher for ELISA on diaphragms fluids random samples 80.39%, for the LAT test was 68.6%. Immune-reactive bands of T. gondii local strain Ag with naturally infected meat juice were 116, 83, 65, 30 and 23 KDa. The obtained results concluded that the development of an effective ELISA test to be used in for detection of toxoplasmosis infection of slaughtered cattle in large-scale would be exactly valuable, since the important role that beef plays in epidemiology of T. gondii, in particular the hazard of transmission to human and food safety. 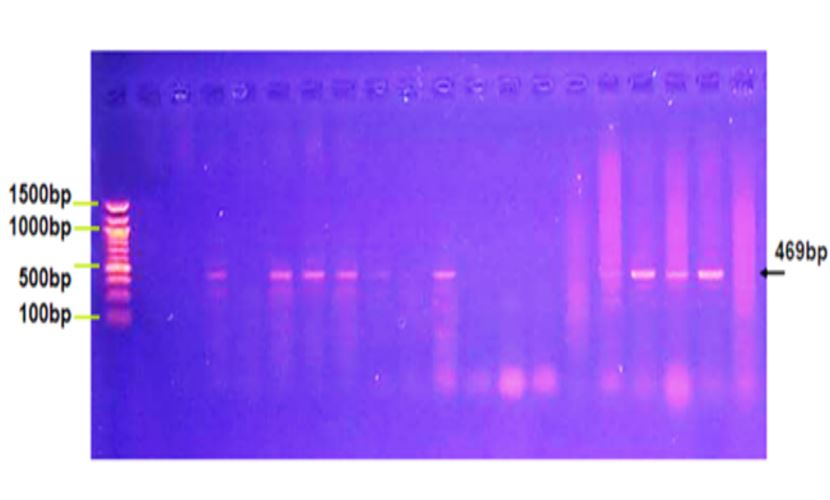