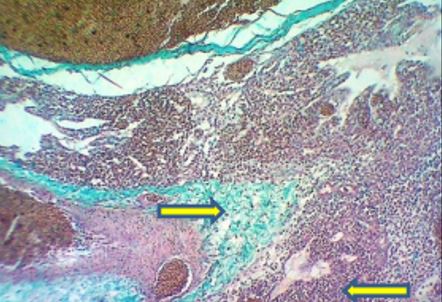 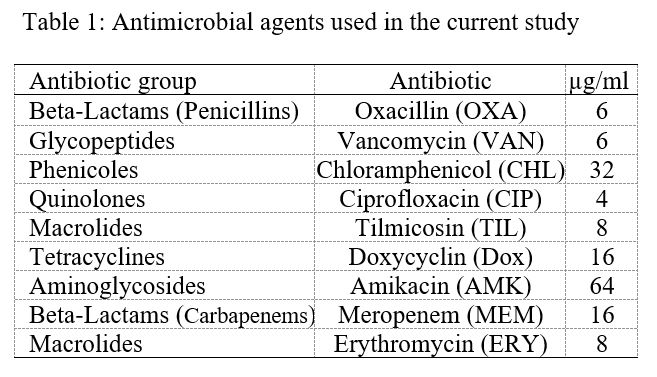 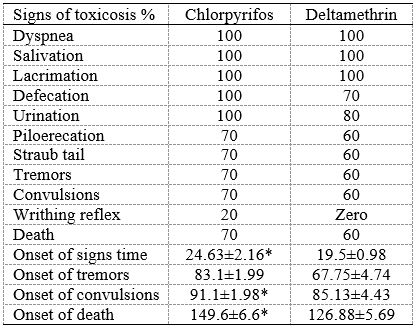 The current study aimed to investigate the effect of garlic juice supplementation with broiler drinking water on performance, immune response, lipid profile, blood picture and activity of liver enzymes under heat stress. For this purpose 100 four days aged broiler checks (Ross) were allocated into control (C) and three treatment groups (25 each). All group checks were housed at 5 ºC above normal ambient temperature during the experiment. Treatment groups (T1, T2 and T3) checks were supplemented with 0.5, 1 and 1.5 ml/L, respectively, with garlic juice in drinking water (6 hrs a day). Food and water were supplemented ad libitum. Body weights were monitored every five days and blood samples were obtained at 25 days for assessment of blood picture and antibody titers after vaccination, total cholesterol and triglycerides concentrations and activity levels of alanine aminotransferase (ALT), aspartate aminotransferase (AST) and alkaline phosphatase (ALP) were estimated. At 30 days age, T3 group broiler checks reported higher body weights than other groups. Total number of white and red blood cells, hemoglobin concentration, hematocrit levels and ratio of heterocytes to lymphocytes increased significantly in treated groups, whereas significant decline of cholesterol and triglycerides concentrations as well as ALT and AST levels were shown in T3 group broiler checks. Significant increase was shown in the levels of antibody titers against both Newcastle (ND) and infectious bursal disease (IBD) vaccines. In conclusion, treatment of broiler checks early with garlic juice increase broiler performance and immune response against vaccination program and may be protect the broilers from heat stress.

Effect of Synertox® on broiler health and performance during aflatoxicosis

Eighty, one-day-old commercial male broiler chicks (Ross 308), were distributed to four dietary treatments with two replicates of 10 chicks each, to study the effect of Synertox® on broiler performance during aflatoxicosis. Birds were reared for 42 days. All birds were fed on diet with or without aflatoxin (AF) in feed, and with or without Synertox (ST) (enzymes, organic acids and yeast extract) in water. The treatments were as follow: T1 (0 ppm AF and no ST); T2 (2.5 ppm AF and no ST); T3 (0 ppm AF and 0.5 ml/l ST); T4 (2.5 ppm AF and 0.5 ml/l ST). Body weights and feed intake were recorded weekly. At 42 of bird’s age, five birds were randomly selected for estimation of antibody titres against Newcastle disease (ND; for calculation of the relative weight of bursa of Fabricius, thymus and spleen as well as for scoring liver and kidney lesions. The results show that the total body weight gain through 42 days of rearing period that the gain was highest in T3. In the second order was the weight of the control group (T1), while in the third order was T4. The worst body weight gain was reported in T2, in which chicks fed AF. The same picture in body weight gain was obtained with feed consumption and feed conversion ratio. AF had a significant negative effect on the liver parenchyma of broiler chicks in treatment 2, by changing liver colour from mahogany to enlarged muddy or even to yellowish discolouration, with friable consistency with sub capsular haemorrhages. The addition of Synertox® was effective in restoring the normal red brown liver colour. Kidney were also affected by feeding AF (T2). They were enlarged, swollen and pale in colour. All lymphoid organs tested, thymus, bursa of Fabricius and spleen were negatively affected by feeding AF in broilers at 42 days of age. Synertox® was effective in counteracting the negative effect of AF on relative bursal weight, thymus and spleen relative weights. Aflatoxin had detrimental negative effect on the ND ELISA mean antibody titre. A significant restoring of ND antibody titre to those of control group (T1) was recorded by addition of Synertox® to the drinking water of broilers in (T4) compared with the AF fed T2 group. From the studied parameters it could be concluded that Synertox® could be used in counteracting the negative effects of AF on health and performance of broiler chicks.