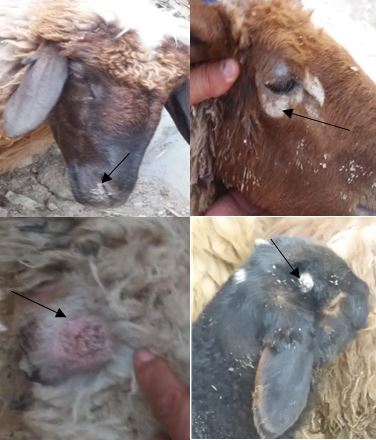 This study was conducted to evaluate the efficacy of the fungus Metarhizium anisopliae  as a vital agent for the control of the Hyalomma anatolicum, which is infested on buffalo fields in some villages of Anbar province, Iraq. The results showed that different concentrations of the fungus 4.2*110, 4.2*310, 4.2*510 pg/ml were capable of killing the tick eggs, and the kill rate was proportional to the higher concentrations used. After 3 days of treatment, moreover causing a high proportion of phenotyping deformation in male and female ticks.