Chemoprevention is an important strategy to control the process of carcinogenesis and a number of plants with anti-cancer properties are being researched, some of which have shown promising results. Quercus infectoria galls is a well-known medicinal plant which has been used in medicine as larvicidal, anti-inflammatory, antibacterial, anti-fungal, antioxidant, and antidiabetic properties. The present study was carried out to evaluate the anti-tumor activity of the aqueous extract on the two stage process of skin carcinogenesis, consisting of initiation with a single topical application of a carcinogen 7, 12 - dimethylbenz (a) anthracene (DMBA) followed by a promoter (croton oil) three times in a week were employed. A significant reduction in tumor incidence, tumor burden, tumor yield, and cumulative number of papilloma was observed, along with a significant increase in average latent period in mice treated orally with 2 gm/kg of Quercus infectoria galls extract as compared to the positive control group treated with DMBA plus croton oil administered. Furthermore, Histopathological alterations in the carcinogen-treated control animals were also observed in the form of epidermal hyperplasia, keratinized pearl formation, and acanthosis in skin and tumors, whereas these were found to be reduced significantly before and after galls extract oral administration. The results thus concluded that Quercus infectoria galls extract exhibits significant anti-tumor activity and may serve in future drug development programs for the cancer prevention of skin cancer. 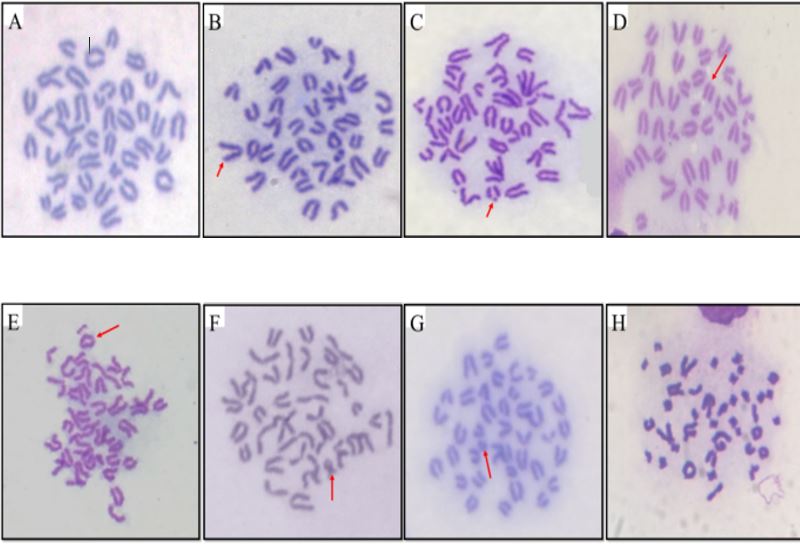 This study aimed to evaluate the aqueous extract of Quercus infectoria galls extract (QIGE) as anticlastogenic. The effect of QIGE was tested in mice (5 groups for each test) treated with 7, 12-dimethylbenz (a) anthracene (DMBA), the strong site-specific carcinogenic agent. In this study, the QIGE show no signs of toxicity, a single dose of DMBA (50 mg/kg) was injected intraperitoneally to Swiss albino mice caused a great increase in number of chromosomal aberrations, micronucleated polychromatic erythrocytes (MnPCEs) and reduction in the percentage of mitotic index (MI) (cytogenetic markers). Oral pre-treatment and post-treatment of QIGE for 14 days at dose 2 gm/kg b.w. daily to DMBA-treated animals greatly reduced in number of micronucleus formation, chromosomal abnormalities such as chromosomal break, chromatid breaks, ring chromosome, dicentric chromosome and fragments. Besides, mitotic index frequency increased comparing with the positive control. The data suggest that QIGE has potent anti-clastogenic effect against DMBA-induced genotoxicity in bone marrow cells of albino male mice and it may have a protective effect against the mutagenicity of the polynuclear aromatic hydrocarbons (PAH).