The aim of this research was to analyze ompA molecular gene of Pasteurella multocida buffalo isolate and bovine isolate from Nusa Tenggara Timur, Indonesia and Katha strain isolate from Haemorrhagic Septicemia Vaccine. Determinant of P.multocida local isolates ompA gene amplification sequencing PCR then conducted to see the sequence of nucleotide sequences of ompA gene. The results of PCR amplification showed an amplicon of 559 bp of all isolates. The homology analysis result of the isolates ranged from 93 – 100% with 13 P.multocida isolates from GeneBank, and phylogenetic tree analysis shows that buffalo isolate were closely related to Katha strains, Iran, India and China isolate. Whereas bovine isolate far enough with buffalo and Katha strain isolate. Nucleotide sequences were compared to amino acids then by the method of Kolaskar and Tongaonkar antigencity predicted antigens in P.multocida. Epitope predictions from local isolates and Katha strain were found in five peptides: QVSPVFAG, IPELALRVEYQ, GQSVYVPEVVSKT, LKSASVAVAG, and ANYLVAKG . 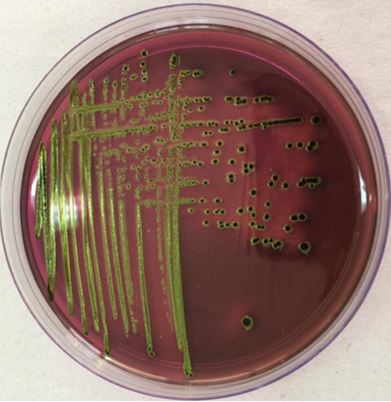